Quick Miami Title Loans: Learn How This Man Helped His Family Abroad in No Time

551
Facebook Twitter LinkedIn Pinterest WhatsApp Email Copy link Your browser does not support automatic copying, please select and copy the link in the text box, then paste it where you need it.

When it comes to family, most people are willing to sacrifice almost anything these bonds are stronger than distance and know no boundaries. A man from Miami was worried about his family abroad. Their country was experiencing tough times and they needed financial help. The man was planning on sending them money to help them through this difficult time. With this in mind, he had requested a bank loan, which was taking a little too long. He decided to look for a different way to help them, and soon found Quick Cash Auto Loansa company offering title loans in Miami.

This U.S. citizen came from a Latin American family. His parents had tried hard to keep him close to his family abroad and their culture. As a child, he had spent almost every vacation in his parents' home country, which he loved. However, his relaxing vacations had become less frequent and more difficult to pull off as he got older. His parents had decided to return to their homeland after retiring, but the son would always be concerned for his parents' needs no matter the distance, and especially in having to face today's tough economy. For this reason, he wanted to send them some extra money so he could relieve a bit of their stress. The problem was that the man was short on money. He was relying on the bank loan he had requested months ago, but it was taking too long and his parents needed help promptly.

With no solution in sight, the man started to consider pawning his car. Once he finally received the loan from the bank, he would use it to get his car back and, worst case scenario, he would lose it, but his parents would be better off. He told his coworker and best friend about his idea. His friend knew for sure that this man needed the money fast, and after having been in a similar situation, he told our client about a quick solution he had discovered some time ago. His coworker advised him not to rely on a bank to get a loan, since it would take forever to get approved, in case of ever getting reviewed; banks have a high risk of loan refusal. His friend explained why he had chosen to apply for a car title loan a while back and said that everything turned out well. His coworker affirmed that the process was fast, with very low risk of loan refusal. Given that the situation was urgent and the man didn't want to lose his car, he asked his friend for further information about how auto title loans work. 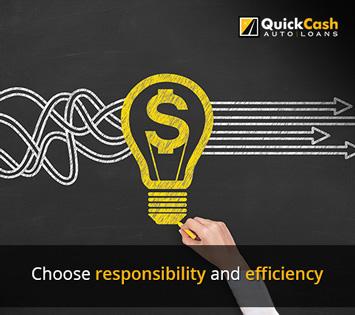 Choosing a reliable company offering car title loans
The friend began by telling him that he had gotten the idea while on the Internet. One day, he was in financial trouble and was looking for fast ways to get a loan he had had bad experiences with banking institutions since they take too long to approve a loan request. The friend had considered selling his car, but it was his way of transportation so he decided not to. Fortunately, he found Quick Cash Auto Loans, a car title loan agency with license to operate in the state of Florida as a consumer finance company.

Getting to know Quick Cash Auto Loans
Our client's coworker told him that our company offers car title loans to anyone who owns a car for personal use and has a clear title. He explained that we base our loans on the car's value, regardless of credit history. He also said that our loan process is fast and simple he had received his loan in just one day. After doing some research, the coworker decided to apply for an auto title loan with us so he was able to describe the process to our client.

Requesting a loan
The friend explained that he had found three ways of applying for a car title loan at our company: by phone, at our loan office, and online. He thought the third option was the most convenient one since you can apply anytime and anywhere. However, they were all quite simple and fast. He then filled out and submitted the form on our website with some basic information about himself and his car.

Getting in touch with our loan agent
The man asked his friend how much time had passed from the moment he submitted the form until he received an answer from us. The friend said he was surprised by that, saying it was the shortest he had ever waited for an administrative procedure. He also explained that our agents were always there to guide him through the procedure. They were willing to answer any questions he had and clear any doubt. 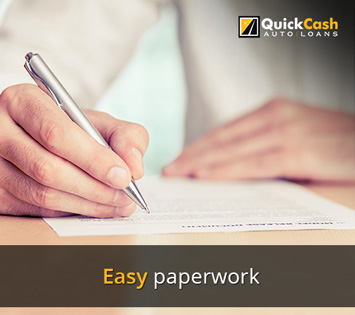 Very little paperwork
The man also asked his friend about the paperwork, since he had a hard time finding all the documents requested by the bank. The friend affirmed it was another advantage of our company. Quick Cash Auto Loans only requests a few easily accessible documents, such as a service invoice to confirm your address, and validation of your current employment status.

Car's assessment
Another aspect that the friend considered important to mention was the evaluation of the vehicle. He said that he scheduled an appointment with our loan agent. During the meeting, he submitted the requested documents and took his car to our office so our experts were able to inspect it and determine the amount of the loan. He said that our agents base the loan on 50% of the total value of the car, and have a maximum loan amount of $25,000.

Getting the loan
The man asked his friend how much time he had to wait for the loan to be approved. His friend smiled when he said it only would take about half an hour. He also said that our agents had been very kind and helpful throughout the whole process of getting the loan. After evaluating the car, submitting the documents, and fixing the loan amount, the friend went home with the money he requested.

After hearing all the information he needed from his friend, the man decided to visit our website and submit the form. He fulfilled every step of the process just the way his friend had explained. He got his loan approved in no time. Our loan specialist told him that he had twelve months to pay back the loan. The total amount would be divided into installments, as well as the interest rate. The agent also said that if he paid the loan before the twelve months were over; there would be no prepayment penalty.

A while later, the client contacted our loan agent to thank her for her attention and helpful service. He said that he had been able to help his parents thanks to our quick, uncomplicated loan process and that he would recommend our service to anyone in need of financial help.

If you live in Miami, own a car for personal use, and need financial help, Quick Cash Auto Loans is what you've been looking for! We grant loans up to $25,000 based on the value of your vehicle. Just fill out the form on this page and our specialists will immediately contact you to set up an appointment at our office, where your car will be assessed and the amount of the loan will be set  that's it! Get the money you need with us regardless of your credit history. For more information about our services, fill out the form below, or call (786) 600-3411 and start your application process today! Our assessors will gladly help you. Find us on Facebook as Quick Cash Auto Loans, and follow us on Twitter @QCashAutoLoans and Instagram @QuickCashAutoLoans.

551
Facebook Twitter LinkedIn Google+ Pinterest WhatsApp Email Copy link Your browser does not support automatic copying, please select and copy the link in the text box, then paste it where you need it. 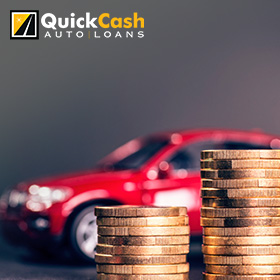 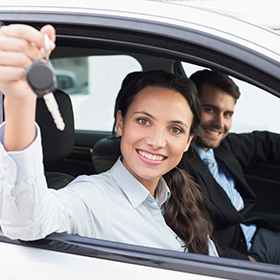 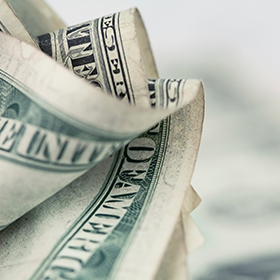 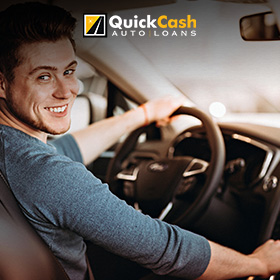